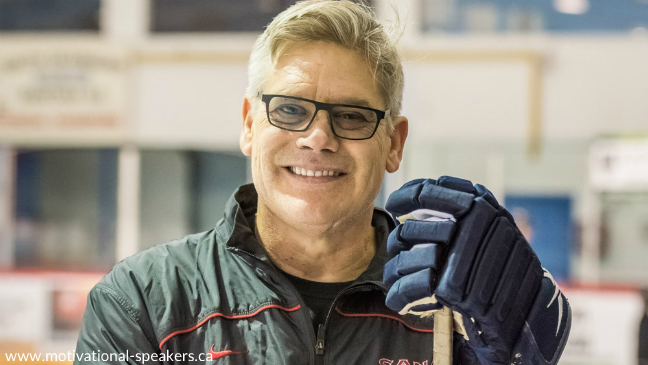 Learn about the moment that became my spiritual “wake-up-call” and the first time that I really wondered is life more than goals and assists, wins and losses? I began to ask deeper questions; Is there something after hockey, after life?? How do I get to our creator? Is there a path to heaven?

Ryan Walter played and coached more than 1100 games over 17 seasons in the National Hockey League. Drafted second overall by the Washington Capitals, Ryan was named the youngest NHL captain, won a Stanley Cup with the Montreal Canadiens, and finished his playing career with his hometown Vancouver Canucks. Ryan was an NHL All-Star and 3-time Team Canada member, World Junior Captain, Vice-President of the National Hockey League Players Association, BC Hockey Hall of Fame inductee and NHL Man of the Year.

Ryan won a Gold Medal as Head Coach of Canada’s National Women’s Hockey Team, has been the founding partner in 2 start-up companies, a TV hockey analyst, hockey expert and actor, board and electronic game creator, and the President of a Professional Hockey Team. Ryan has a Master’s Degree in Leadership/Business, is the author of 5 books, is a Director of both the Hockey Canada Foundation and Partners International Canada, a member of the Seton Hall University School of Business Leadership Advisory Council, and the recipient of the TEC Canada 2015 Speaker of the Year Award.